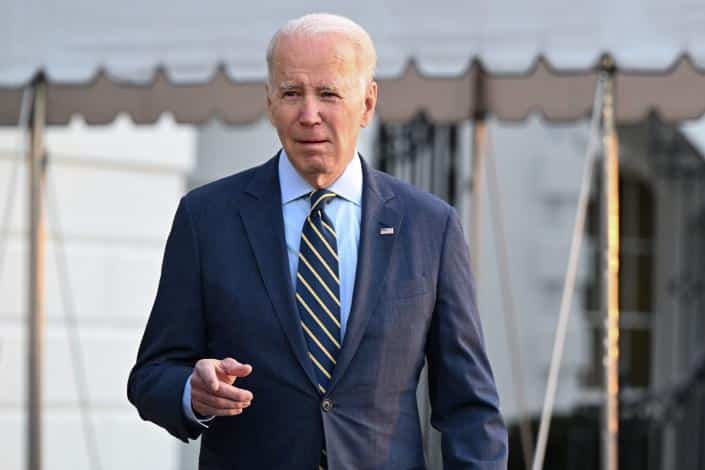 An initial review of classified documents discovered at an office once used by President Joe Biden is nearing an end, but questions continued to mount days after the White House confirmed an initial recovery in November.

A number of public questions remain:

How did the records get there?

Richard Sauber, a special counsel to Biden, said Monday that the documents were discovered Nov. 2 in a locked closet while the president’s personal attorneys were packing files at a Washington, D.C., office used by Biden between 2017 and just prior to the launch of his 2020 campaign.

When the records were discovered, Biden’s attorneys notified the National Archives and turned them over the following day, the president said.

Sauber’s statement did not indicate why the records were there; the specific nature of the material; or whether others had access to the documents.

Neither Sauber nor the White House Wednesday addressed the discovery of a second set of documents in a separate location, first reported by NBC News.

More: Biden says he was ‘surprised’ government records had been found in a private office, doesn’t know what’s in them

Why wasn’t the initialdiscovery disclosed sooner? GOP pounce on delay

According to the White House, the president’s attorneys did what they were supposed to do when the records were discovered at the Penn Biden Center for Diplomacy and Global Engagement office: the National Archives was notified that day, and the archives took possession of the material the following morning.

Yet, there was no immediate explanation for why the November recovery, first reported by CBS News, was not disclosed until this week.

Republicans have pounced on the delay in public disclosure, noting that the documents were recovered less than a week before the midterm elections and just more than two weeks before Attorney General Merrick Garland appointed a special counsel to manage two criminal investigations involving Donald Trump, including the former president’s retention of hundreds of classified documents after leaving the White House in 2021.

More: President Joe Biden classified documents: What we know and how discovery compares to Trump

Chicago U.S. Attorney John Lausch, Jr., a holdover from the Trump administration, has been conducting an initial assessment of the matter.

Lausch’s assessment was nearing completion, a person familiar with the matter has said, adding that the review is moving toward an inflection point in which the attorney general will ultimately decide how to proceed.

The Justice Department, and Lausch’s office have declined comment..

But possible actions include the appointment of a special counsel to pursue a matter further or a determination that there is no cause to launch such an investigation.

The discovery of the documents prompted immediate comparisons to the Trump case, though the episodes are marked by key differences.

Trump had repeatedly resisted efforts by the National Archives to recover the material, including failing to fully respond to a subpoena issued for the records by federal law enforcement authorities, prompting the FBI to lead an unprecedented search of Trump’s Mar-a-Lago estate, resulting in the seizure of the classified documents and thousands of other government records.

In the Biden case, the White House has maintained that the the small number of documents were immediately returned to the archives.

« The documents were not the subject of any previous request or inquiry by the archives,” Sauber said, highlighting the differences between the Biden case and Trump’s resistance return the caches of documents he had moved to Mar-a-Lago.